Intuition. Isn’t that the thing we should be following? Is it a thought, a feeling, a hunch? Does it even really exist? Does it scientifically mean something? Do women have it more than men? Why would I want to have it? And how does it correlate to rational thinking? If you’re wondering about any of these things; you’ve come to the right place!

More and more ‘intuition’ is making a comeback in our rational world of logic. But even though a lot of people are finding the way back to their inner voice, it is still more often looked down upon. In a world where science is number 1, where we are conditioned to listen to others for knowledge and where the most paying jobs are those which involve rational and logical thinking, it is easy to let go of our intuition. Or, to have never known it in the first place.

Which is a shame. Intuition is not only a powerful tool, it is needed. Especially in today’s world. Plus, it’s been around way longer than, for example, science. Which doesn’t mean it’s better.  It’s different. And we need it.

That’s why I urge you to re-meet your intuition. What is actually is, why we need it, and how it correlates to logic. Let’s dive into it.

What actually is intuition?

To answer this, I’m taking you to a few different viewpoints. We start with the eyes of science, and after that, I’ll include some more ‘spiritual’ ones.

Let’s start this off with a basic introduction to what intuition actually is, so we’re all on the same page. As psychology today states; ‘intuition is a process that gives us the ability to know something directly without analytic reasoning, bridging the gap between the conscious and nonconscious parts of our mind, and also between instinct and reason.’

We have the common misconception that our intuition is based on nothing. That it just magically appears for no good reason and we should ignore it at all costs. But this isn’t true. Intuitive feelings and ideas aren’t appearing out of thin air. Even though we can’t follow it, our intuitive hunches are based on a whole lot of data. More than we could consciously process. It takes data from present and past, from situations, feelings, results, things we read, saw or heard… And summarizes it in a feeling or a hunch.

More often than not, we aren’t able to recall the exact things it is based on. And because we feel more at peace when we can bring data back to where it’s from, we sadly quickly discard it as unuseful.

Some people are more intuitive than others. Intuition is a ‘right-brain’ quality. As you might know, the brain is proven to be kind-a split. The left part of the brain is responsible for qualities like logical thinking, analytics, and being objective. The right part is more about creativity, feelings, and yes, intuitive thinking. Some people have better developed left-side brains, and some have better developed right-side brains.

But that doesn’t mean only people with a more active right-side brain should use their intuition. It just means it comes a little bit more natural to them.

Then, if you are a manifestor and a believer in the law of attraction, intuition will also mean something more to you. It’s the universe guiding you to the dreams you’ve set out to accomplish. Whether you believe it’s just the stimulants in your brain or the universe has its part in it too, intuition should have a big part in your life as decision making.

Besides the split in right and left brains, there is also a split in female and male energies. This can be quite confusing; because it’s not so that only women have female, and men have male energies. Although in general, it will be that case. But again; on an individual level, it doesn’t have to be. Everyone has their share of both energies; plus it can change throughout your life. You can also have more of the energy of the opposite sex.

The female energy is mostly known for traits such as connection, emotion, and intuitive thinking. People with stronger female energy will probably also have a stronger intuition. One that’s harder to ignore, although you can, sadly, become quite good in it overtime. But it will be easier for them to get back to it, too.

As I already stated in the intro, intuition is quite looked down upon these days. Ever since science came about, logical thinking has become the holy grail. It’s not weird either that that’s the way it is. Think about it. As I said, intuition is more of a female energy trait. And most female energy is found in women. And the world has been dominated by men most of the time. Not that all men have more male than female energy, but they were conditioned to behave more in their male energy, for sure.

Men and male energies have been idolized for decades. Men were seen as stronger, better, the true leaders. So, the true female traits, such as intuition, were simultaneously seen as weak. And even fake, nonexistent, or fraud.

Even nowadays, while a lot has changed and women are more and more allowed to step into their power, intuition is almost something to be ashamed of. When you make a decision and people ask you why you did it, you will probably feel more confident shouting back some facts, than when you say ‘it just felt right’. This discomfort of relying on intuition rather than facts comes from the prejudice that has been cast over intuitive thinking for millennia.

Why you need intuition in your life

So, now that we know what intuition actually is, and also where our discomfort with it comes from, let’s get into why we all need it in our lives.

As also said earlier, intuition uses way more data to come to a conclusion than rational or logical thinking. That’s because our unconscious can process the data way quicker than we can when we have to put everything in thoughts. And that also means that for a lot of decisions we make, we can rely on our intuition. This counts mostly when it’s a situation you’ve encountered before, know a lot about, or the desired outcome is a feeling and not a practical result.

Intuition is veeerrry old. It’s not just a human thing! Animals have it too. With animals, it’s called instinct. And it has been around for ages. Literally- ages. Even though the first evidence of science is found in the time of the Ancient Egyptians, around 3500 to 3000 BC, science as we know it has only been around for about 200 years. So, if so many species (including humans!) have survived so long on intuitive thinking and passed- through knowledge, why are we so quick to discard it? It must have a purpose, otherwise, it wouldn’t have been around for so long.

We are all just listening to our heads. Not out guts, or any other part of our bodies. Which makes sense in some situations, but not in all. Because let’s face it; our brains are just organs too. And as any organ, it has a purpose. Which is to think, to solve rational problems. Let’s use it for that! But not for everything else too. Sometimes the answers we seek aren’t found in our brains but in other parts of our body. By tapping into our intuition more, we can re-find that balance.

As said before, intuitive thinking is a right-side brain trait. So is creativity. With working on one, you’ll also strengthen the other (so yes, it works both ways!). Creativity & out of the box thinking you can solve so many problems either quicker, better or more thoroughly. Creativity is not just needed for painting or writing, but also for everyday challenges. And for science, too. The most impactful scientists weren’t only very smart and rational, they were also very creative, and maybe even intuitive.

A lot of the problems we have faced as a species have been solved by male energy. And it worked. And it brought us so much. But there are also plenty of problems we can’t solve with just male energy. We need female energy too. To come together, to care for our planet, to love each other. We need it. To survive, to thrive.

I think every single one that taps into her or his feminine energy, goes exploring what it means to him or her, is a win. So yeah, get back into your intuition and feminine energy!

Intuition vs logical thinking: when to use which

After a whole post about why intuition is superduper important and is needed, I also want to take some time to state that logical thinking is not bad. We need both. Look at what logic & science has brought us in just a few decades; it’s insane! I’m not saying we don’t need rational thinking! We absolutely need a combo.

The trick is to know which to use when. See your brain as a problem-solving machine. It will look at different aspects, gathers more knowledge if needed, and gives a verdict based on that. Your intuition will look more to feelings, past, and energies.

So if it’s a situation you’ve encountered before (or similar) but you don’t consciously remember all too well, intuition might be better. If you want to feel happier, go after your gut.

But if you need a math problem solved, your intuition won’t get you all the way. It might get you as far as to pick up a math book. But your logical mind will have to solve the rest. It’s a rational problem, easily stated in numbers or words. So rational thinking will solve it.

And of course, most problems need a combo. Which can be hard but it’s also beautiful. You are such a complex and genius being; let your intuition guide you to what to do. Also when it guides you to use your rational thinking.

Now that we’ve covered everything, I believe we should know about intuition, I have a little challenge for you. Normally at the end of a post comes the CTA, or ‘Call To Action’. This can be another post I think is helpful or a question I’d love to know the answer to in order to get to know you better.

But here- there isn’t. But I want to ask you to do something for you. Follow your gut, your intuition on what to do next. If I think about how my situation is at the end of a blog post, it’s usually this: going back to Pinterest and find something else that I find enjoyable. Maybe you’re the same. But not always that’s the best idea. I find this voice, saying; maybe stop looking at screens for today. Maybe do that thing you’ve been meaning to do. And I shut it. Because the easier choice is to continue with what I was already doing

So, my challenge for you right now: follow that voice, no matter what it says. 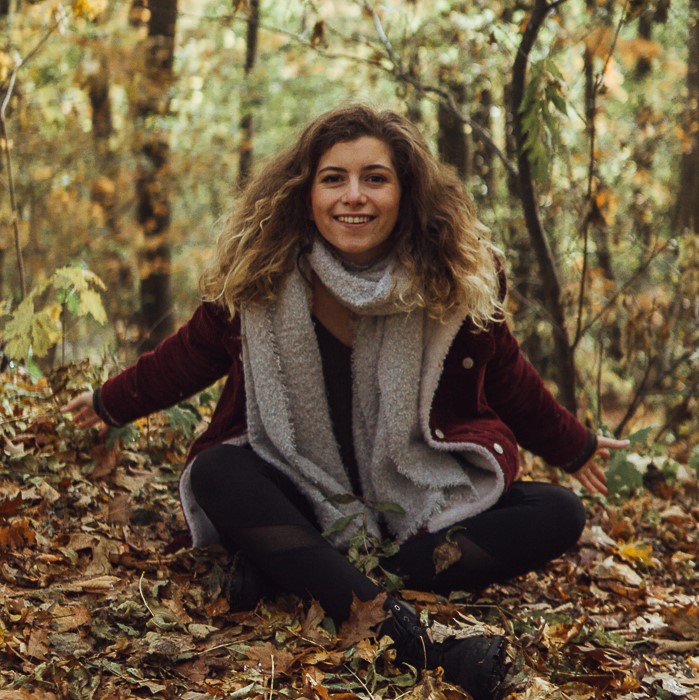 Hi, and welcome to Sun Dances! Here you can find everything you need to dream bigger AND make those dreams come true through mindset, alligning yourself, and productivity tips. All while chasing that most happy & joyfull life!